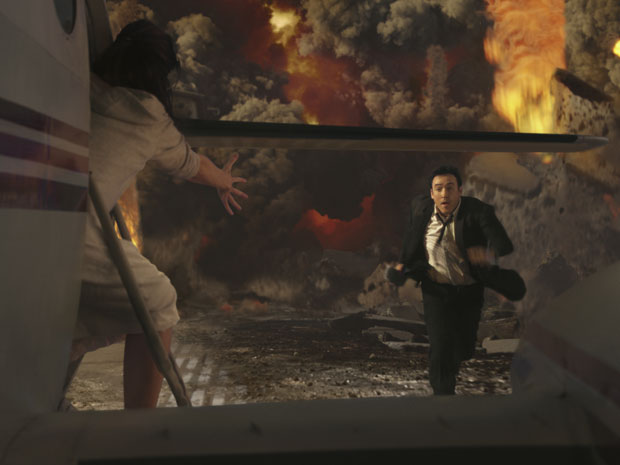 Reset the Doomsday Clock: The predicted ending of the Mayan calendar as depicted in fiery, over-the-top Hollywood style in 2012, may be off, a California professor argues

We’ve all heard the predictions about the Mayan calendar, which, it’s said, comes to an end on December 21, 2012, taking down with it the world and one very poorly scripted blockbuster starring John Cusack.

Buta chapter in a new textbook Calendars and Years II: Astronomy and Time in the Ancient and Medieval World (Oxbow Books, 2010) could throw off all those ominously titled Discover Channel specials.

According to LiveScience, Gerardo Aldana, a professor at the University of California, writes that methods of converting the Mayan calendar to our own, Gregorian calendar are inaccurate. How inaccurate? Try, Prof. Aldana argues, maybe 50 to 100 years.

“If the Venus Table [a method of charting Mayan dates] cannot be used to prove the  GMT [the conversion calculation] as Lounsbury suggests, its acceptance depends on the reliability of the corroborating data,” he said. That historical data, [Prof. Aldana] said, is less reliable than the Table itself, causing the argument for the GMT constant to fall “like a stack of cards.”

But those who love nothing more than a good apocalypse, cheer up. If the dates are that off, the calendar’s ending could be years away — or even more imminent than we thought.